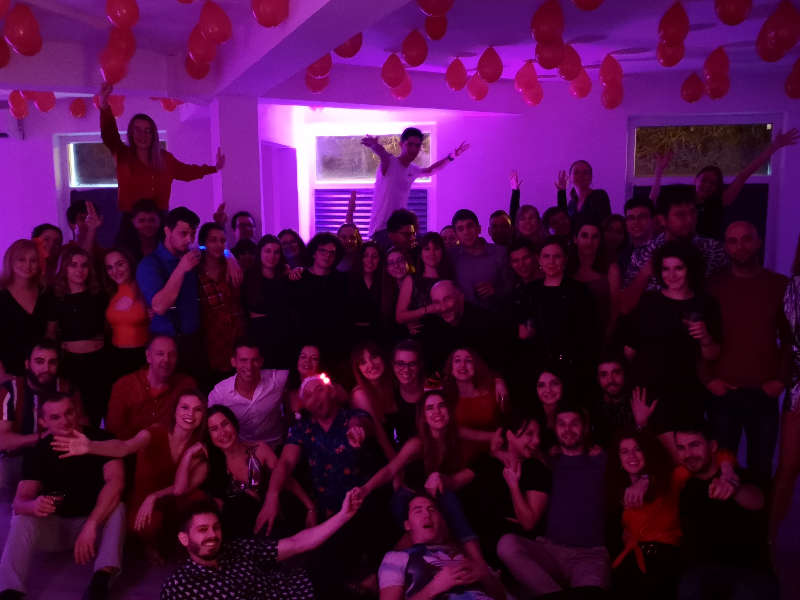 On 9th December 2016, we started Croatian Bachata-boom! In autumn of 2016, we slowly started separating Bachata de Fuego from it’s mother Salsa de Fuego – with this we formed first independent Bachata school in Croatia.

Then we decided it was time to do impossible – to make first (real), independent Bachata party. And on this day in 2016 we did it! And it was amazing!

After that, in the beginning of the 2017, we started first Bachata Sensual classes and regular Bachata parties – first on Mondays and then both Mondays and Saturdays, all right on top of Zagreb’s main square!

We are proud that we started all this, all with our hard work, enthusiasm and love.

Altough Bachata de Fuego is a bit older (as a separate entity), we take 9th of December as our Birthday, so on this day we celebrate 3 amazing things: first Bachata party in Croatia, birthday of first Bachata (and still it’s biggest) school in Croatia and start of Bachata Sensual in Zagreb!

…We’re making second concert/party with DJ Tronky, the most famous and most popular bachata DJ in the world!

P.S. You can check some photos from frist bachata party from 2016 here: https://www.instagram.com/p/CXPu7cgqo2N/

P.P.S. Although six years have passed, you’ll recognise some of the faces – those from our students from our classes and workshops that now have their own Bachata schools and parties…

We are glad that we first enticed them to even start dancing Bachata, later to transfer the knowledge to them, and finally to inspire them to start something on their own.